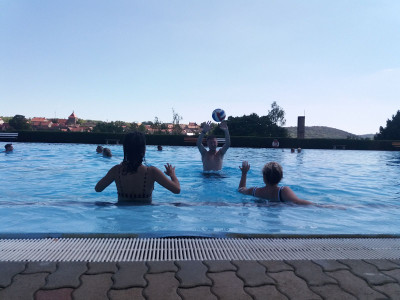 Issues like identity, racism, nationalism, sexuality have always been problematic and that‘s why is really important to talk about them. Giving different opinions make people more open-minded about these issues and this is the first step to change this problematic situations. Personally I appreciate the work of Friedenskreis and their mission themes on global justice and trans cultural diversity.

I would like to start with identity and ist definition like whatever makes an entity definable and recognizable. I think that in our contexts we should talk about social identity or the person’s sense of who they are based on their group membership(s). So we grow up in a space that define who we are (not just by deciding some borders) but more important by indoctrinated in every stage of life. Like this we start to act as a part of this entirety, this entirety can be our nationality, religion, our way of life etc., and make it difficult to see out of this window. But when we get out of this „window“ things are different and this can cause problems.

In this way we should see nationalism. Unfortanutely we grow up in a society that tell us we are the best, the strongest and the other nationality is the bad, the guily etc. That,s why people cant see out of this point of wiew. The moment we face other identity that also think they are the best, then of couse there will exist problems. As we know, in the past, Balkan countries and Rwanda had big problems because of nationalism. War and a thousand victims are the worst case of this strong nationalism, and unfortunately in both areas it happened. What worries me, is that nationalism is still strong in these countries and even among the youth. I remember that during some other meetings between volunteers it happened to have a small „nationalism fight“ and instead of trying to find a solution or arguments that all what happened was wrong, we did just give arguments against each other. So instead of trying to find the way of living together we did discuss who is the causer, and as long people discuss that, there will always be fight.

I think that in the same terms we should talk also about racism. During the seminar there was an interesting discussion about how people face racism in everyday life. The main argument was that people with color face it more often and stronger than people without color. Other volunteers said that this is not true, and it does not matter what color of skin you have, you will always face the racism, if u are not from the country you are living now. Personally I think that both parts are right. I come from east and I faced a lot of unpleasant situation on borders and airports. I think that there is not a big difference how I was treated on airports and how a person with color could be treated. But on the other hand is true that there are some situations when people with color are treated different and face more often and faster racist or discrimination situations. Let's give an imaginary example just to show how people with different color skin face the racism. Now let's imagine me and a volunteer from Rwanda go to a shop here in Germany (or another country, doesn't matter which). The person with color could face the racism as he or she enters on the shop, because their color skin is different and that is obvious, while I can face the same situation when I start speaking my language. If I would not start speaking, maybe I would never face the same situation that my friend faced. So the intensity, how, where and how fast we face these situations are the differences.

A third issue, as important as nationalism and racism, is homophobia and everything that is connected with sex, love or sexual orientation. The discrimination people feel because of sexual orientation it can be as strong as racism or nationalism. This was also an issue discussed on the seminar and I found really interesting what volunteers discussed there. What I would like to add is that in our countries (Balkan countries or Rwanda) these problems are even bigger. I think that Germany and European countries are more open, and they accept easier than us the changes or differences. The first Gay Pride in Albania took place in 2011. In that time I just had started the university. I will never forget the small talks between people in a rainy day. For most of the people this day was like the end of the world. A lot of people sat down in some coffee bars near the main boulevard and through things to the protesters. I also remember that together with a friend, after university, we were going to the national biblothek, so we had to take the same way as the protesters. She asked me if we can chance the way because she did not wanted to go on the same direction with them. Today this friend of mine has a lot lesbian and gay friends. But not anyone changed on the same way. Same as 2011 they still think that LGBT community are sick people, and they should be treated. If in Germany or BE countries mostly the old generation that can't accept the LGBT community and their rights, in Albania, I think that maybe 80% of population can not accept it. And in this 80% includes people with influence like actors, academics, annalists etc. That's why I think that LGBT community has still a long way to do and if all of us don't participate, this way will be longer.

What I would like to have discus on the seminar and that is strongly connected with identity, gender and love, is definitely women rights and empowerment. Women for me is the biggest discriminated community in developing countries. A short conversation how is the situation in Germany, how the low is, and then comparing it with the situation in our countries could give us a better idea on how should we work to change the situation.

Being volunteered in Halle gave me (gave us) a lot of possibility to see things in another point of wiev and of course to learn a lot of new thing. I'm 100% sure that after already 1 year in Germany I did a life experience with a lot of great memories and that I feel much more grown than before. But what about my role as volunteer? Did I fulfil my duties? I would like to say that I fulfilled my responsibilities as a volunteer, but I would let other to say if this is true or not. In my perspective I can say that I could do much more and much better. What is more important is that for the first time I had possibility to live for one year in a totally different community than mine, actually a multidimensional community, and to felt part of it. This is the main role every volunteer must do at his best.